The History of the FBI’s Most Wanted Fugitives List 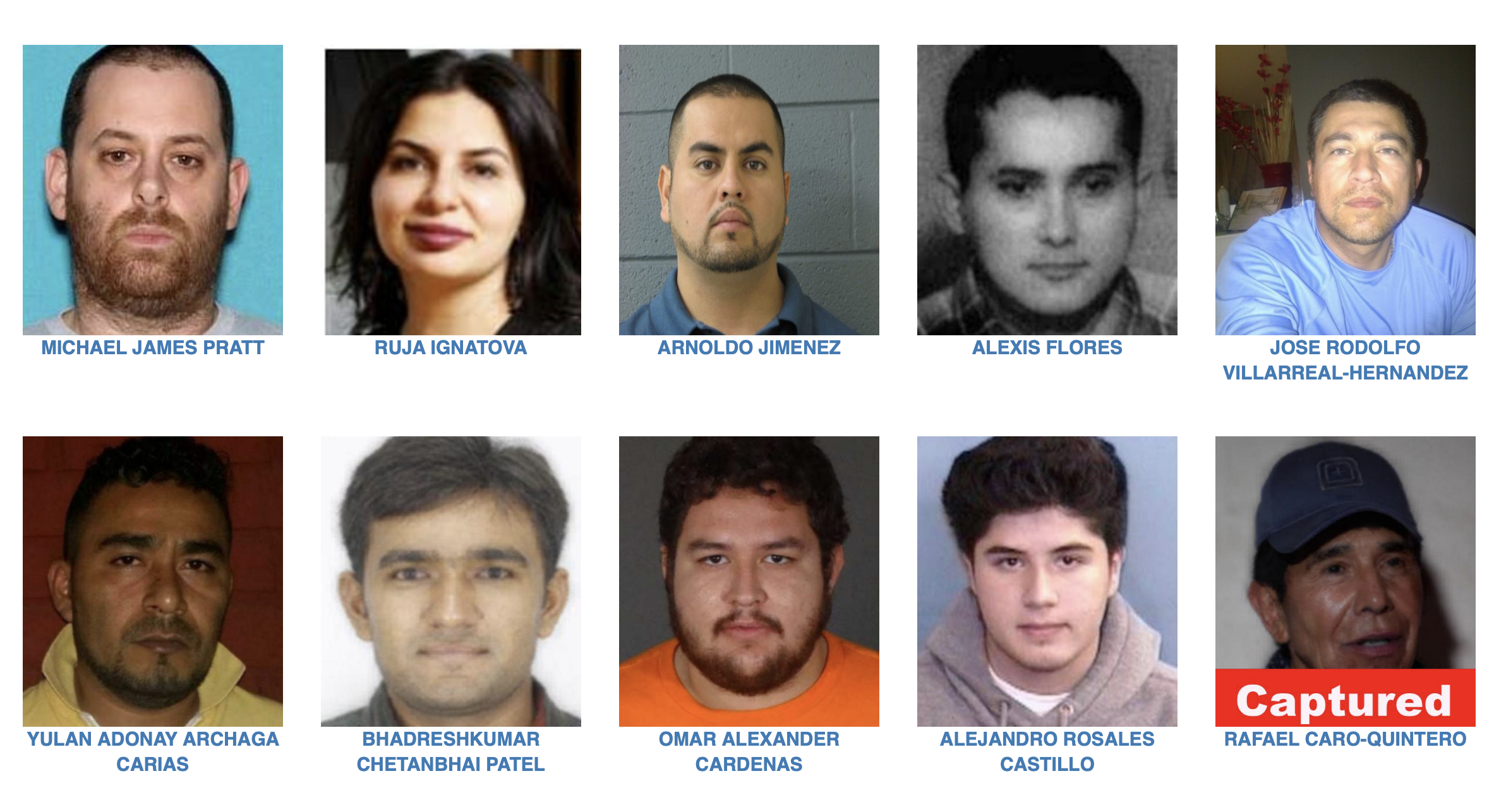 The Top 10 Most Wanted Fugitives list maintained by the U.S. Federal Bureau of Investigation originated in 1949 after a conversation between FBI Director J. Edgar Hoover and the editor-in-chief of the International News Service, William Kinsey Hutchinson. Hutchinson’s paper published an article listing some of the FBI’s most elusive fugitives, which garnered significant public support.

On March 14, 1950, the FBI formally established an ongoing list and named Thomas James Holden, bank robber and murderer, as its first member.

People who are added to the Top 10 Most Wanted Fugitives list typically remain on the list until they die, are captured, or are no longer wanted on criminal charges (i.e., charges are dropped). The FBI does reserve the right to remove someone from the list that they deem is no longer a threat to society, regardless of apprehension or status of criminal charges.

When someone is removed from the list for any reason, the FBI selects a new fugitive to take the open spot. Of note: Members of the Top 10 list are regarded as equally dangerous by law enforcement—contrary to popular belief, the list is not ranked in priority order.

Since the list’s inception, only 11 women have been named as one of the FBI’s Top 10 Most Wanted Fugitives.

In total, more than 500 fugitives have been added to the list. According to an article on History.com, “… hundreds of the criminals included on the list have been apprehended or located, with more than 150 as a result of tips from the public.”

Looking back over the 70 years the list has existed, four individuals stand out as notorious criminals — and they’re all considred equally dangerous.

Thomas James Holden – The first person ever to make the list was also one of the first to be apprehended as a result of the publicity it generated. Holden was captured in Oregon in 1950, the same year he went on the list, and died in prison two years into his life sentence.

Ruth Eisemann-Schier – The first woman to be added to the FBI’s Top 10 Most Wanted Fugitives list, Eisemann-Schier was captured on March 5, 1969, more than two months after being added to the list. She pleaded guilty to kidnapping and served three years in prison before being deported to her native Honduras.

Leslie Isben Rogge – The first person to be captured with help from the internet after someone saw his picture on the FBI website, Rogge made the list after escaping from prison by bribing a guard. He fled to Guatemala and eventually turned himself over to authorities at the U.S. Embassy in 1996.

Billie Austin Bryant – The person to spend the least amount of time on the Top 10 list, Bryant escaped custody after a bank robbery conviction and hid in the attic of a nearby house. Unfortunately for him, the attic access door got stuck, and police apprehend him again after Bryant had only been on the list for two hours.