“A Letter to Melissa’s Killer.

I continue an exhaustive search for you.  Even on the days when the sun is shining and I walk down the street with my family, I am searching. Until I find you, I will forever gaze into every crowd and wonder if you are there among the sea of faces.”

These are the words of advocate LaDonna Humphrey, who has dedicated years of her life to search for the individual responsible for ripping 19-year-old Melissa Witt from the world.

For nearly three decades, Melissa Witt’s abduction and death have been a mystery that’s kept many in North-west Arkansas up at night. LaDonna refuses to give up hope.

To keep Melissa’s story fresh in the media cycle and to continue her advocacy efforts, LaDonna has written the second book in her Who Killed Melissa Witt? Series. This latest installment, Strangled, was released this past October…and it’s nearly impossible to put down.

Before diving into this new book, let’s first answer a burning question you may have.

Who is Melissa Witt? 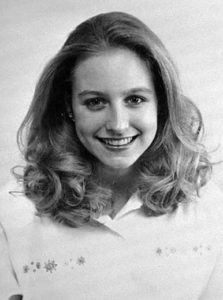 Melissa Witt was abducted from the Bowling World parking lot on the evening of December 1, 1994. Melissa never even made it inside the bowling alley. Forensic investigators determined there was a struggle around her car since they found blood, her keys, and an earring.

Six weeks later, on January 13, 1995, Melissa’s remains were found in a remote area of the Ozark National Forrest in Arkansas.

Melissa was nude, with her body placed near a headstone-shaped rock. Her clothes and personal belongings were nowhere to be found. Investigators have taken a particular interest in the fact that Melissa’s beloved Mickey Mouse watch was not on her when she was found.

Turning a ‘Page’ for Justice

Advocate LaDonna knew that one of the best ways to get Melissa’s case in front of the public was to write about her experience.

Her first book, The Girl I Never Knew was released in April 2022. This is a first-hand account of LaDonna’s journey seeking justice for Melissa Witt. As a local to the Fort Smith area, Melissa’s case was gaining media attention, and was already on LaDonna’s radar.

“When I met with investigators, I just knew something had to be done about this case,” LaDonna has said.

For almost a decade, LaDonna has worked tirelessly on Melissa’s case, uncovering new information along the way which ultimately led LaDonna to receive her private investigator license. 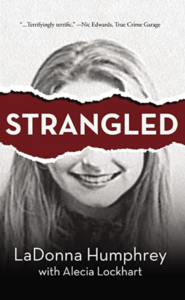 Now, Strangled is the latest installment in the series.

This new book chronicles a year-long undercover investigation into the death fetish fantasy world. After receiving a strange email from a man using the moniker “Vermillion Strangler” who shared a profile of who he thought killed Melissa, LaDonna knew she had to take a second look.

Then, there was an unexpected turn of events.

In July 2021, Alecia Lockhart was considering launching a Youtube Channel, but couldn’t shake an uneasy feeling about a time she thought she had overcome. A dark secret from her past came to the surface. After a quick Google Search about a haunting piece of evidence…something to do with a Micky Mouse watch… she was made aware of the unsolved murder of Melissa Witt.

Immediately, Alecia reached out to LaDonna. Within Strangled, their relentless fight for justice is palpable through the pages.

Strangled explores a much more intense subject matter; it’s shocking and haunting, but most importantly, it’s brave. The world would never know the extent of harm possibly done to Melissa had Alecia not shared her story.

This true story of two advocates’ relentless search is layered and complex —but the writing style does a phenomenal job of piecing together each piece of the puzzle. The reader will feel like they are part of the investigation alongside them.

If you consider yourself a sleuth or a citizen detective, Strangled is an important read.

Alecia and LaDonna have created the Deep Dark Secrets podcast, which dives even deeper into this dark web fantasy world.  With each chapter, you learn more about this world and the people who are involved. Perhaps the most horrifying part, is that many of the people participating in these forums are seemingly normal individuals who exist under the guise of fantasy. The fantasy element is pivotal to understanding how this type of content can exist on the internet.

The Uncovered community recently spoke with LaDonna and got to learn about her experience digging into Melissa’s case, her upcoming book, and what it’s been like to be the only person to have spoken to every suspect in the case.

Strangled is available to purchase here.